It may be hard to believe that a company in the textile recycling industry since 1932 can still be vibrant, progressive, and competitive. But it’s true!

A&A Wiping Cloth is still helping businesses clean up today with an owner, staff, and salesforce who offer not only a wealth of experience, but also offer all kinds of quality wiping products to our customers that help them ensure that their needs are meet.

Before we step back in time, let's look to the present.

Who and what is A&A Wiping Cloth? Well for starters, it is a well-oiled manufacturer and distributor of numerous forms of wiping cloths, rags, microfiber products, and other forms of disposable cleaning solutions. Operated and run by Jeremy Berg and his hard working and dedicated team, A&A Wiping Cloth services hundreds of long-standing customers in the Southern California and San Diego areas. Jeremy is a third generation “rag guy,” a son who took over the business from his father, Stephen Berg, in 2008. Like father like son, Stephen took over the business from his father, Samuel Berg in 1960. Samuel got the whole thing started in 1932 in the heart of Los Angeles, serving the thriving Los Angeles industrial industry far and wide. The building in which A&A Wiping Cloth manufactures and distributes its products today is the same warehouse used by Jeremy’s grandfather at 4400 Worth Street in Los Angeles. 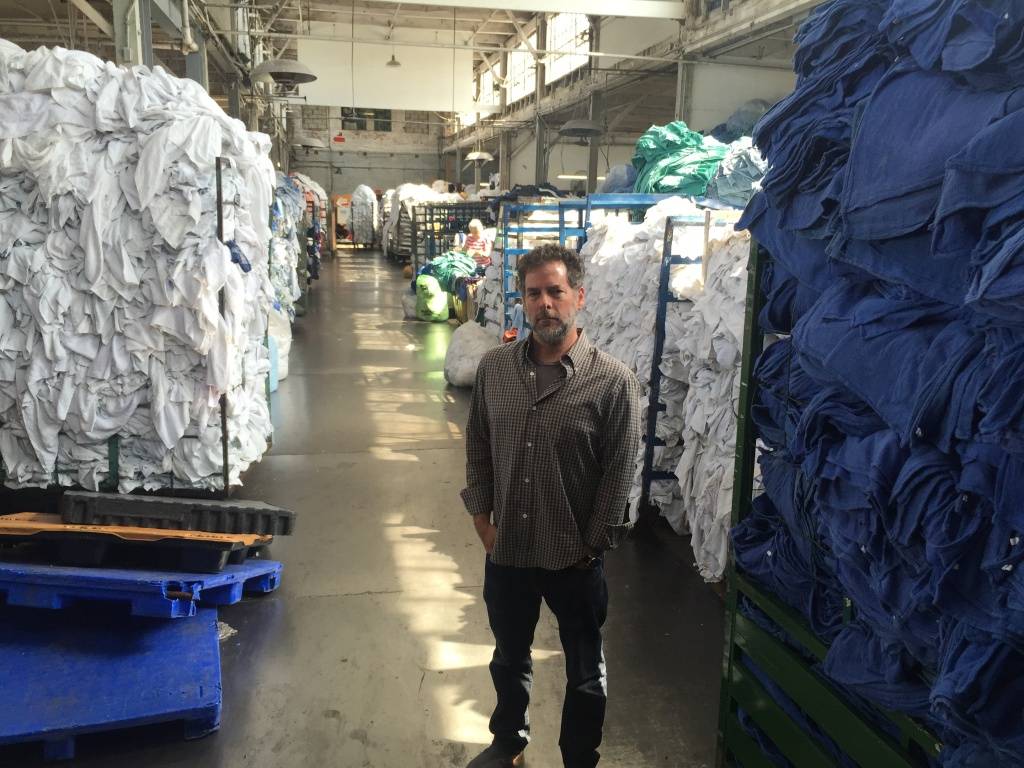 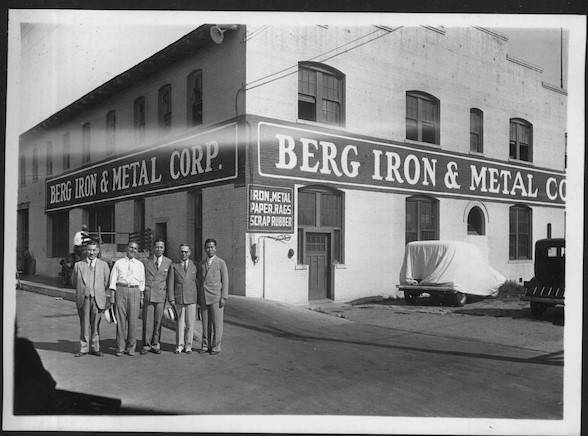 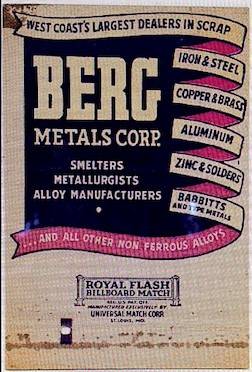 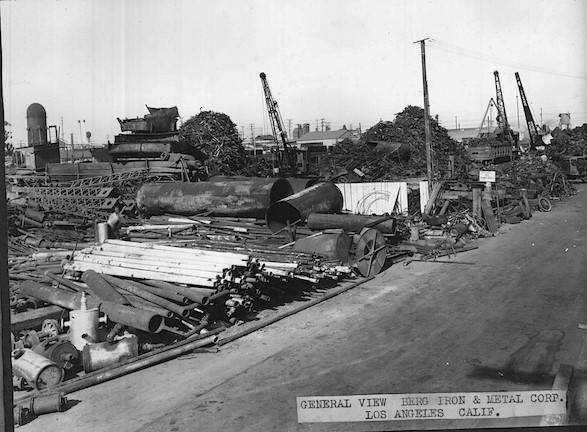 Samuel Berg and his brothers ran numerous business in the Los Angeles area.

The Berg Iron & Metal plant had its own locomotive to shuttle open topped freight cars, first steam and then diesel cranes, and a machine shop to service and repair the big machines. There were mountains of scrap steel that would be sold at strategic times and those mountains would be emptied to the ground into long freight trains of scrap steel sent to the local Bethlehem Steel plant or the harbor to be shipped to Japan and elsewhere.

Both California Mill Supply and Berg Iron & Metal were run by Samuel Berg and his brothers Mischa and Ben. During World War II there were paper drives at schools throughout the country and California Mill Supply would purchase many mountains of theses bundled newspapers for recycling purposes. Their biggest market was first in the US., then in Japan and then China. The business of taking newspaper/rags and making them into high fiber paper (used in mechanical shops and elsewhere) catered to a domestic and foreign markets.

Sam became majorly involved in textile recycling after the close of World War II. Those were the days when Japan was reestablishing its manufacturing capabilities after the War and in the interim was in desperate need of clothing. 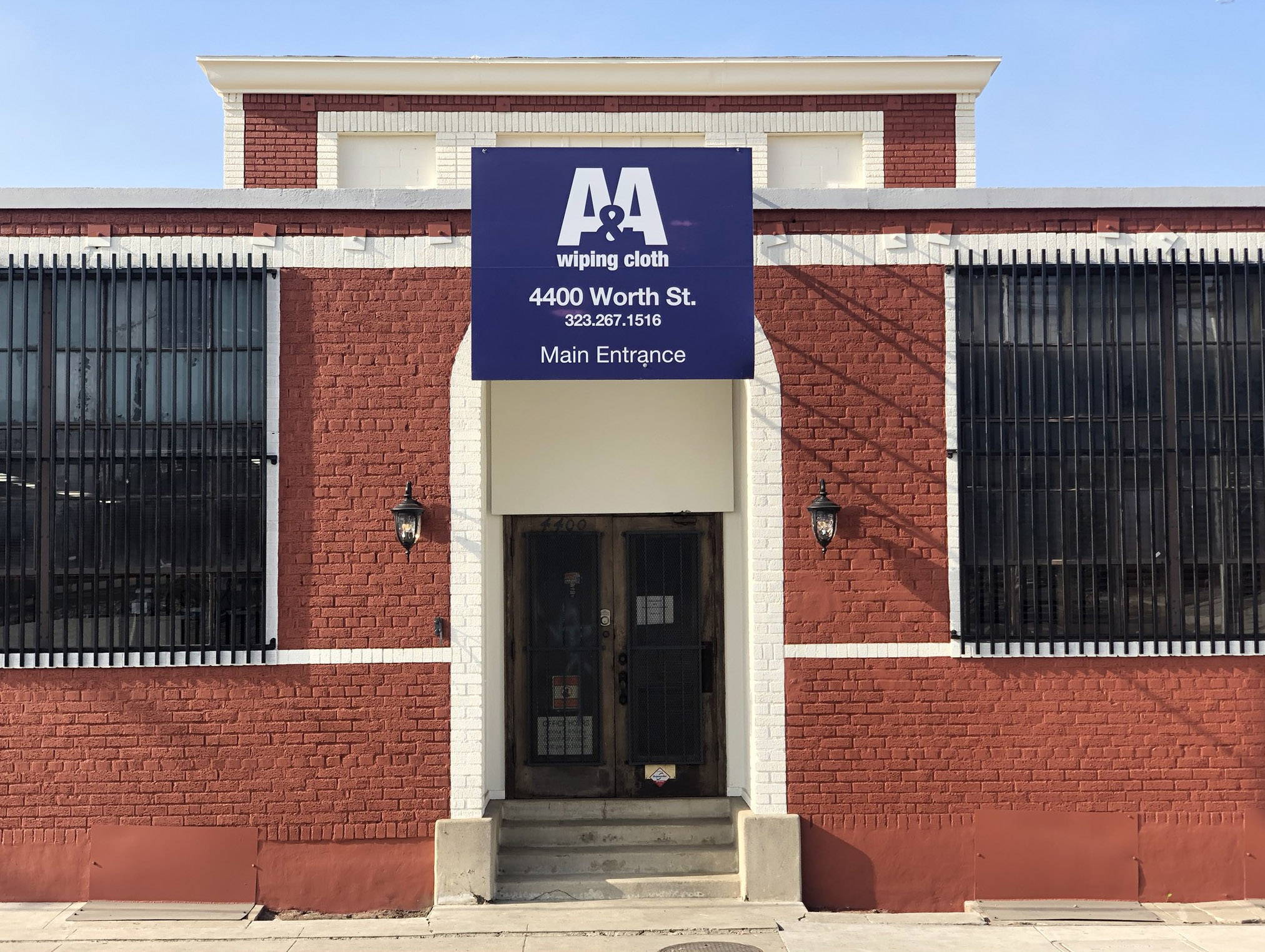 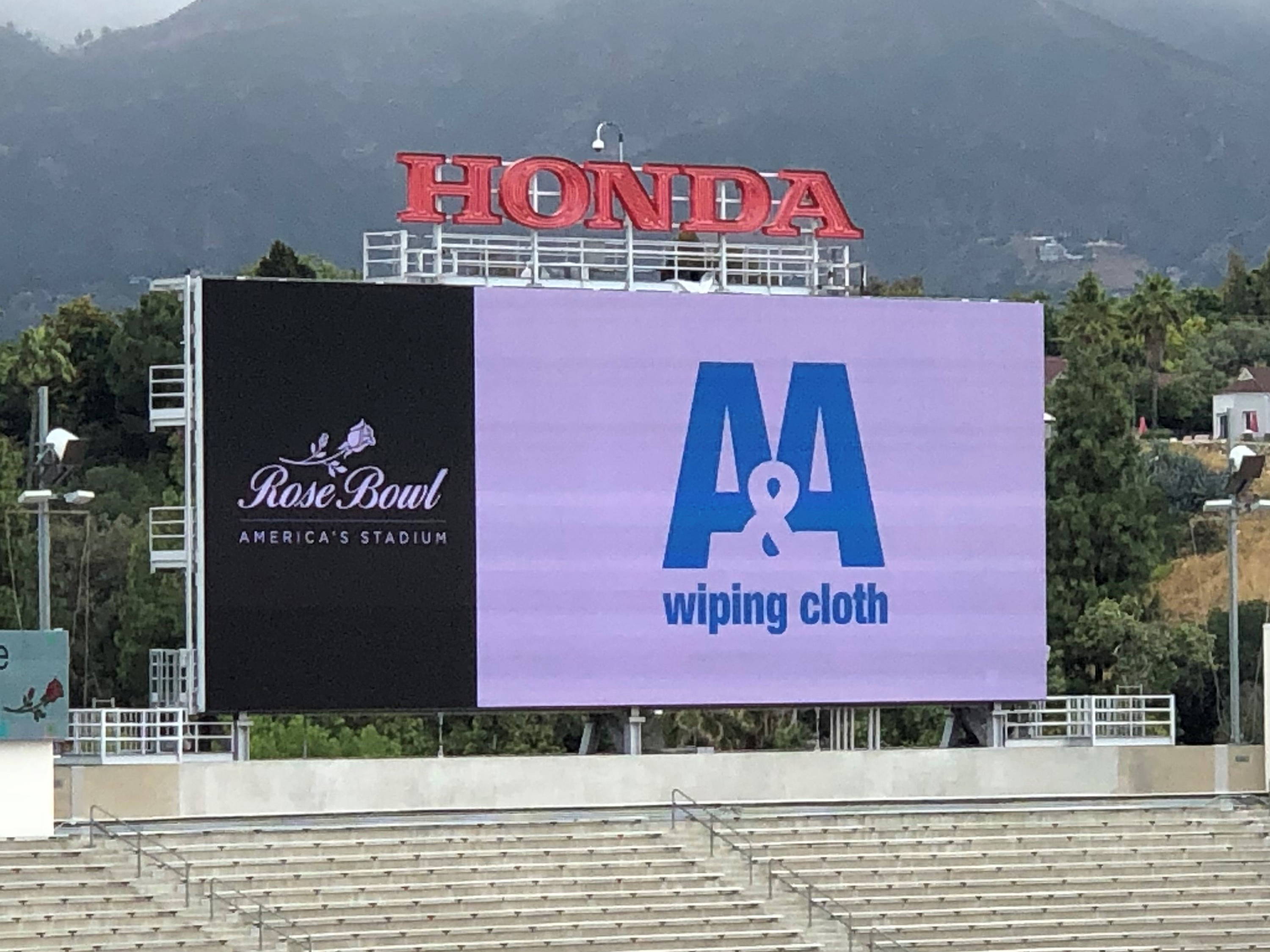 Along with others exporting as well, Sam exported many dozens of freight containers of used clothing from the advantageous ports of Los Angeles/Long Beach. Because not all used clothing was wearable as clothing, those torn, stained, or ripped garments and household textiles were recycled into cut wiping cloths.

When Sam’s only son Stephen Berg was ready to step up to the plate, he was brought in and built up the business even more, and establishing A&A Wiping Cloth as the primary force in the LA recycled textile economy. He also saw a niche that was not being filled and began to recycle linens obtained from hotel, hospital, and restaurant laundry facilities. A&A Wiping Cloth became the largest linen recycler west of the Mississippi. It put A&A into an enviable position of being competitive in both recycled textiles and linens, a position that it clearly maintains today.

Just how much does A&A Wiping Cloth recycle?

More than you can probably imagine. On average, A&A Wiping Cloth repurposes over 600,000 lbs of unwanted linen discards and used clothing a month. All of that material gets cut up and turned into useable, dependable, practical wiping products used for anything that needs to be wiped, polished, painted, stained or simply cleaned. By diverting over 7,000,000 lbs (3500 tons) of linens and clothing from landfills, A&A Wiping Cloth is helping keep our plant clean in more ways than one.

Jeremy and his hard-working team at A&A Wiping Cloth are poised to meet the challenges of the 21st Century. Aside from all of the rags and wipers A&A Wiping Cloth produces, Jeremy has offset the company’s product offering to include a complete line of Microfiber products as well as various paper goods and new towels. He stands on the shoulders of his father and grandfather, as does his brother Brian Berg who is also part of the A&A Wiping Cloth team. They along with the rest of the A&A support team offer their experience and knowledge to their customers whom we realize have given us their wiping cloth business throughout our long history. For that, all we can say is Thank YOU! 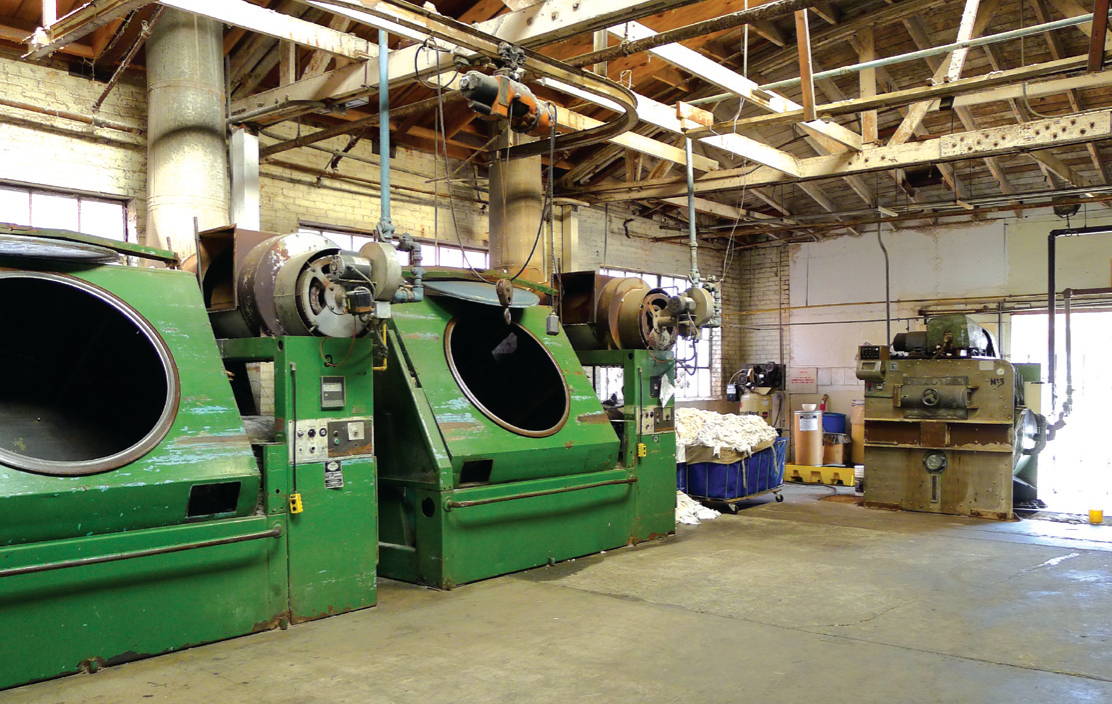 Sunday,Monday,Tuesday,Wednesday,Thursday,Friday,Saturday
January,February,March,April,May,June,July,August,September,October,November,December
Not enough items available. Only [max] left.
Add to WishlistBrowse WishlistRemove Wishlist
Shop
Filter
0Wishlist
0Cart
Account
Search
We use cookies to improve your experience on our website. By browsing this website, you agree to our use of cookies.
More infoAccept